Manning responds to Beckham's criticism: We won a few games before he was here 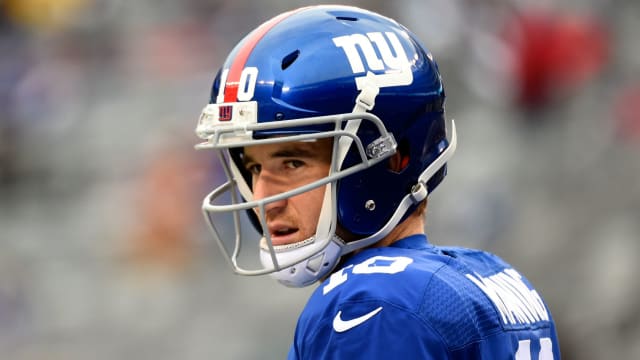 Star receiver Beckham was traded by the Giants in March, dealt to the Cleveland Browns in exchange for Jabrill Peppers and draft picks.

Now at home in Cleveland, Beckham suggested in an interview with GQ that he "kept New York's brand alive" and was the "main reason" the Giants continued to receive primetime coverage even though they missed the NFL playoffs in four of his five seasons.

Giants veteran Manning, however, said he is not bothered by Beckham's comments.

"You just kinda shake your head and laugh," Manning said when asked about Beckham's criticism. "We won a few games before he was here."

Beckham – a three-time Pro Bowler – had told GQ: "I felt disrespected, because I felt like I was a main reason at keeping that brand alive.

Giants general manager Dave Gettleman also reacted to Beckham's comments, though he was quick to shut down any questions.

Gettleman was pressed with a follow-up question, but he quickly said: "No more Odell questions."