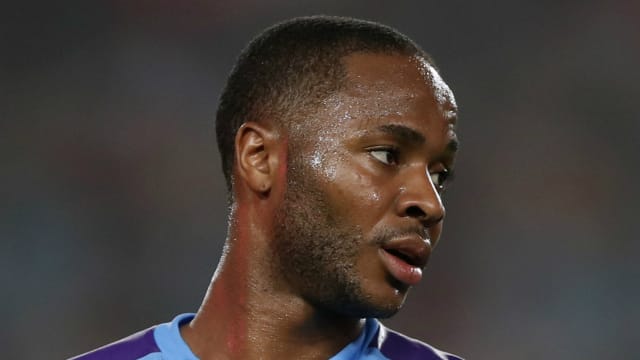 Pep Guardiola named what looked close to his strongest XI in China on Saturday, although Ederson, Gabriel Jesus and Sergio Aguero remained absent following international duty at the Copa America.

Guardiola's men are next in action against Champions League winners Liverpool in the Community Shield at Wembley next weekend.

City found an early groove and Bernardo Silva set up De Bruyne to cut inside and fire home the opener in the 18th minute.

When he gets on that left foot...

But Ange Postecoglou's side quickly hit back, with Claudio Bravo only able to parry Marcos Junior's effort to Endo for a simple tap-in.

City were showing some sloppiness in possession but retook the lead when De Bruyne threaded a pass through for Sterling to strike.

Sterling thought he had extended City's lead early in the second half, collecting Kyle Walker's pass to smash a fine finish into the top-right corner, but the offside flag denied him.

Yokohama could have snatched an unlikely draw only for Teruhito Nakagawa to pull a shot wide from a presentable position.

Makito Ito then wasted an even better opening to equalise after the ball broke to him in the box, the substitute's mishit strike saved by Bravo.

And City added a third goal in injury time when Adrian Bernabe's low right-wing cross was bundled home at the back post by fellow youngster Nmecha.