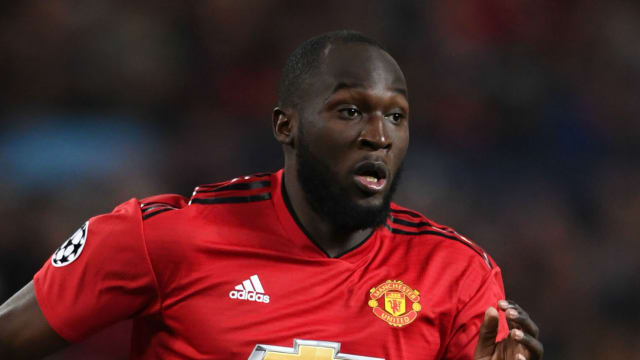 Antonio Conte indicate Romelu Lukaku is the missing piece of the jigsaw at Inter and expressed his confidence his wishes in the transfer market will be fulfilled.

Inter are reported to have had a €60million (£54m) bid for the Belgium international rejected by United but Conte insisted signing him remained his "will and hope".

Valentino Lazaro, Nicolo Barella and Matteo Politano have been the club's standout additions in the close season, but after his side's penalty shoot-out victory in a friendly against Paris Saint-Germain on Saturday the Nerazzurri boss spoke about the outstanding piece of business facing them.

"As I've always said, we're talking about a player [Lukaku] who isn't ours," Conte told reporters. "Therefore, it's not right to talk about him because that would show a lack of respect towards the player and the club.

"Lukaku is a United player, we know that the transfer market is ongoing and the club is working to try and complete the squad, including both incomings and outgoings.

"As I've always said, I have a lot of confidence in the club. The most important thing for me at the moment is to stress that I'm happy with how my players are working.

"We're working to create something solid. It's inevitable that we'll then go on to complete the squad, but the important thing is that those who arrive integrate well and possess the mentality that this group of lads have."

The best shots from #PSGInter, direct from Macao!

With a deal for Lukaku yet to transpire, Samuele Longo took his opportunity against PSG by scoring in the 94th minute to make it 1-1.

The 27-year-old has made just two competitive appearances during eight years on the books at Inter, who have sent him on loan to nine different clubs.

Conte sung Longo's praises afterwards, hinting the 27-year-old forward may yet feature in his plans.

"We're talking about a player who has a decent career behind him," he said.

"He was in Spain, where he played for Espanyol. He then played in a number of leagues and was successful in Serie B.

"He's taking part in this tour with us and has joined up with the group. We're talking about a really good footballer.

"He's made an excellent impression and is putting in a lot of effort. I'm very happy for him because he's had a long time out with injury and now he's ready to play."