Bertens and Teichmann to meet in Palermo final 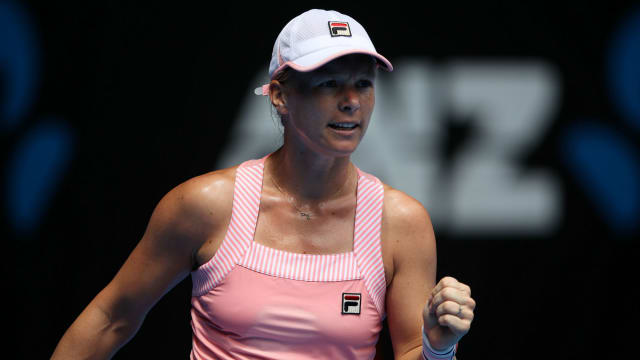 Kiki Bertens will face Jil Teichmann in the Palermo International final after the top seed overcame Paula Badosa in straight sets on Saturday.

The world number five, bidding to win a third title of the year, moved into the championship match with a 6-1 7-5 defeat of the unseeded Spaniard.

Bertens needed eight match points to end Badosa's resistance, advancing despite a first-serve percentage of only 49.

The Dutchwoman broke twice in a one-sided first set and three times in the second, failing to consolidate on two occasions as she made hard work of sending the 119-ranked Badosa packing.

What a finish. What a ROAR!

On the eighth match point, @kikibertens closes out Badosa 6-1, 7-5 to reach the @LadiesOpenPA final. pic.twitter.com/L0TbUdRrPT

Teichmann, the eighth seed, coasted to a 6-3 6-1 thrashing of Liudmila Samsonova.

The world number 82 won her maiden WTA title in Prague in May and will need to pull off a big upset to double her tally.

Latvian Sevastova saw off Anastasia Potapova 6-4 6-2 in her homeland and will be a resounding favourite to beat WTA main-draw debutant Kawa, who got past Bernarda Pera 6-2 6-3 in Jurmala.