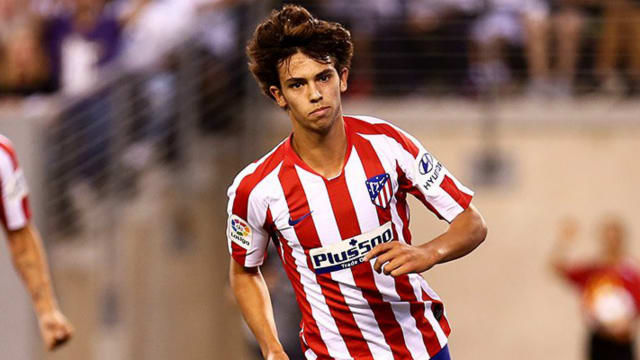 Joao Felix scored his first goal since arriving from Benfica in a blockbuster €126million deal, while the Portuguese teenager had two assists in a dazzling display.

And the 19-year-old revelled in the result, saying: "It's positive. Beating your rivals is always good and special.

"This win gives us confidence, but we will continue working like we've done until now.

"I want to score as many goals as possible so that we can reach our objectives."

Costa gave Atletico the lead after just 43 seconds before Joao Felix doubled the advantage in the eighth minute.

Angel Correa replaced the injured Alvaro Morata and he made it 3-0 in the 19th minute and Costa added a fourth nine minutes later, while the latter converted a penalty on the stroke of half-time.

Costa scored his fourth of the game six minutes into the second half before he was sent off following a clash with Madrid full-back Dani Carvajal.

Vitolo scored a stunning solo goal for Atletico with 20 minutes remaining, while Madrid managed to pull some goals back via Nacho Fernandez, Karim Benzema and Javi Hernandez.

Saul Niguez – who was influential for Atletico – added: "We're happy with the result. We played well since the first minute and we've proven that we're a team, we’re all together and that's very positive.

"When you wear Atletico de Madrid's colours, you always have to give it your all. The new players have settled in very well and worked very hard."