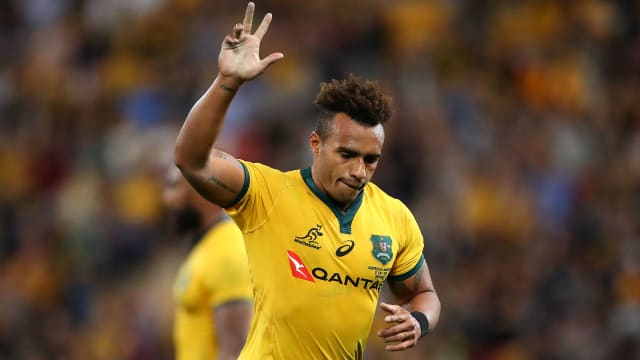 Australia scrum-half Will Genia lauded Brisbane's Suncorp Stadium as the "most special" ground after playing his final Test there in Saturday's 16-10 Rugby Championship win over Argentina.

Queenslander Genia, 31, is set to retire from the international stage after the 2019 Rugby World Cup in Japan, meaning he was playing his last Test in front of his home crowd.

Making his 102nd appearance for the Wallabies, Genia dominated during his 60 minutes on the pitch and was named Man of the Match.

He enjoyed some of the most memorable moments of his career in the stadium, for Australia and the Reds, and acknowledged its special status.

Thanks for the memories Willy G!

Saturday's clash was by no means a classic, but it allowed the Wallabies to bounce back from the 35-17 defeat to South Africa and ease the pressure on coach Michael Cheika.

"Off the back of bouncing back, in terms of getting a win, but also playing a little better, we're one more week into the way we want to play and developing our system and hopefully we can continue to build that momentum against New Zealand," he added.

"We defended for 90 per cent of that game. That's an attitude thing and it shows the boys' attitude was in the right place."

Argentina captain Pablo Matera was frustrated by his side's performance, ruing their inability to make the most of their opportunities.

He said: "We knew they'd have a good scrum, they were better than us, they had more penalties and plays than us. It's something we have to improve.

"It was a really tough game. I think we lost too many balls in the contact. We had too many chances to get points and didn't do it [take advantage]."