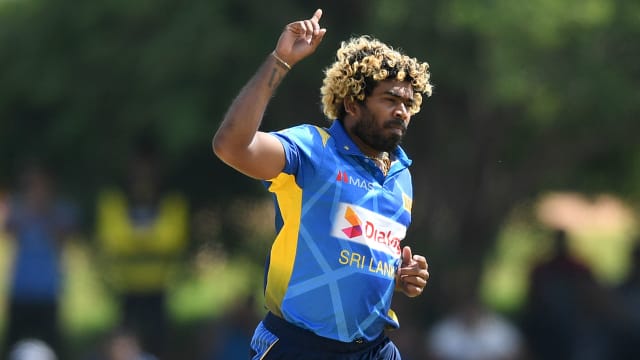 Lasith Malinga has played his final ODI, starring for Sri Lanka in Friday's victory against Bangladesh in Colombo.

The Lions seamer went out in style as he took three wickets for 38 runs - his dismissal of Mustafizur Rahman wrapping up the win - in a 91-run triumph.

Malinga will continue to play 20-over internationals until next year's T20 World Cup, but it was in the 50-over format that he first established himself as a worldwide bowling icon.

Marking the end of a brilliant career, we take a look at how he compares to the very best.

ONE OF SRI LANKA'S ELITE

Malinga ends his career at number three on Sri Lanka's list of ODI wicket-takers, having claimed 338 from 220 innings.

Only the great Muttiah Muralitharan (523) and Chaminda Vaas (399) can better that tally, both playing considerably more innings - 334 and 319 respectively.

That puts Malinga ahead of Sanath Jayasuriya, Nuwan Kulasekara, Dilhara Fernando and team-mate Thisara Perera, with his average of 28.87 better than each of those four players, too.

HIS PLACE AMONG THE GREATS

Those figures unsurprisingly put Malinga high on the all-time worldwide list, too.

Counting only seamers in ODIs, Malinga is seventh, with Javagal Srinath (315 wickets) the next after him.

He also collected three hat-tricks, which is more than any other bowler in ODI history, while he had eight five-wicket hauls.

A rare bowling list that Muralitharan does not lead is that of Cricket World Cup wickets, where he is second behind McGrath. Malinga, with 56, 15 behind the leader, is third.

That total came from just 28 innings as Malinga produced his best on the big stage, playing in four World Cups (2007, 2011, 2015 and 2019) and taking 12 or more wickets in each of them. No other bowler has taken at least 10 wickets in more than three tournaments.

Sri Lanka were runners-up in 2007 and 2011, and big-game player Malinga took a hat-trick in each tournament. He took four wickets from four balls for the first of those against South Africa.