Rumour Has It: Man United eye Dembele as Lukaku replacement 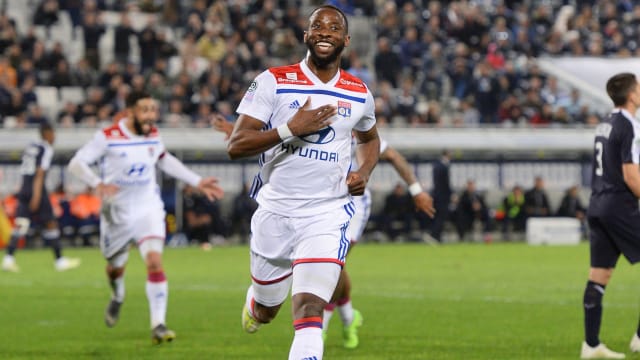 Manchester United may have identified a potential replacement for Romelu Lukaku.

Lukaku has been heavily linked with a switch to Inter, although progress on the striker's potential move from Old Trafford has been slow.

However, United are preparing if the Belgium international does depart, with Moussa Dembele reportedly on their shortlist.

Lyon striker Dembele will be on Manchester United's shortlist if they sell Lukaku to Inter, according to Sky Sports News.

The former Fulham and Celtic striker enjoyed a fine first season with the Ligue 1 giants, scoring 20 goals in all competitions.

United have also been linked to Lille's Nicolas Pepe, but the report says they see Dembele as a better replacement for Lukaku.

- Mauro Icardi is almost certain to leave Inter and the forward was contacted by Boca Juniors, according to Fox Sports Argentina. However, they say Icardi will not make the move to his homeland.

- Another forward set for a possible move is Radamel Falcao. According to Soccer Link, Valencia have expressed an interest in the Monaco star.

- Barcelona have continually been linked with a move for Real Betis left-back Junior Firpo and, according to Sport, the defender is their priority. The Spain Under-21 international is seen as a possible future replacement for Jordi Alba, but Barca reportedly do not want to pay more than €20million, even though Junior's release clause is said to be closer to €50m.

- Wilfried Zaha is a reported target for Arsenal, but it seems Everton could be ready to pounce to sign the Crystal Palace star. The Daily Mail says Everton are prepared to make an opening offer of £55m.

- Rafinha has options should he want to move from Barcelona. According to Sport, the midfielder has offers from Valencia and Serie A clubs Atalanta and Fiorentina.

- Borussia Dortmund want to land Barcelona attacker Malcom. According to Goal, Dortmund could pay €42m for Malcom, just a year after the 22-year-old made the move from Bordeaux for the same fee.