I was dead – Rahm reveals fatigue led to unusual preparation 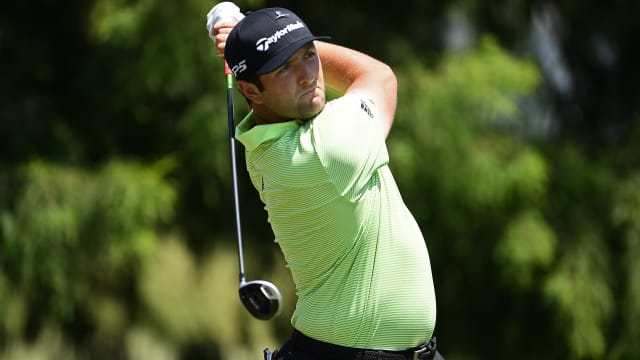 Jon Rahm revealed he felt "dead" in the lead up to the WGC-FedEx St. Jude Invitational before opening with an impressive eight-under 62.

The Spaniard opened up a three-stroke lead after the first round at TPC Southwind in Memphis, Tennessee on Thursday.

But Rahm, searching for his first WGC win, said he was exhausted ahead of the tournament, leaving him playing the front nine at the course for the first time during the opening round.

"I can tell you getting to the first tee today [Thursday] was the first time I stepped on that nine," he said.

"I didn't see my back nine today at all before today. I didn't do anything Monday or Tuesday, I just rested and stretched at the hotel.

"Yesterday I came with the plan of playing 18 holes. I putted and warmed up, and after four holes, I teed off on 10, I think that was when I got to 14 or 15, I was dead. I couldn't swing properly. I was really tired, so I just decided to finish the round of nine holes, eat and just putt a little bit and go."

Despite the unusual preparation, Rahm holed eight birdies in his first round, including five from holes one to eight – his back nine.

The 24-year-old said the way he set himself up led to his superb start as he took a three-shot lead over Patrick Cantlay, Bubba Watson, Cameron Smith, Hideki Matsuyama and Shugo Imahira.

"The key to all those birdies, my position on the greens was really good," Rahm said.

"I was able to not really go at the pins every single time, but I was able to make myself putts that for the most part I felt with very little break ... if I could do that every day of the year, that would be amazing."