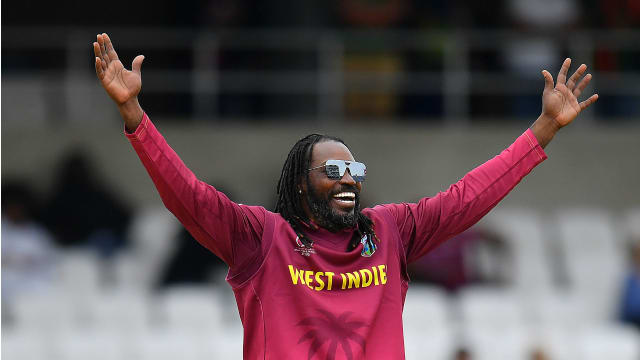 Chris Gayle has been called up to West Indies squad for their ODI series against India, having changed his mind on retirement.

Gayle announced in February he would retire after the World Cup, though he later altered his decision during the tournament in England.

The 39-year-old is two short of 300 ODI appearances, and stated he would definitely take part in the series against India.

And Gayle, who is close to becoming the Windies leading runscorer in ODIs, has indeed been named as part of the 14-man squad for the games in Guyana and Trinidad.

Gayle is not joined in the squad by Andre Russell - with the all-rounder, whose World Cup was ended early by a knee injury - not included. Darren Bravo is another big-name absentee.

The Windies take on India in three T20Is and three ODIs before a two-match Test series in Antigua.