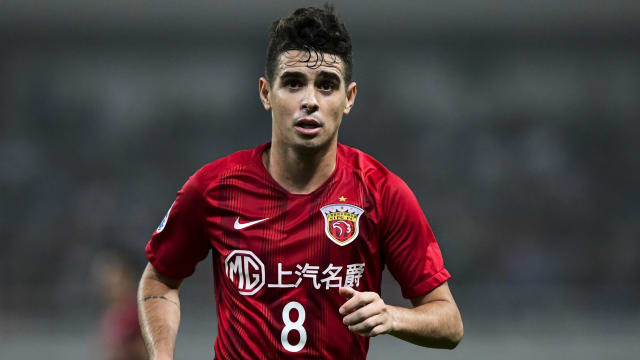 Former Chelsea midfielder Oscar says he has spoken to "two Milan clubs" as he attempts to engineer a move to Serie A.

The Brazil international joined Shanghai SIPG in 2017 and won the Chinese Super League last year and the 2019 Super Cup.

The 27-year-old now seems keen to return to Europe and is taken with the idea of playing in Italy's top flight.

When asked if he knew of any interested teams, he told passioneinter.com: "Yes, I've spoken to two Milan clubs in these [last few] weeks.

Oscar won two Premier Leagues, the EFL Cup and the Europa League during a five-year stint with Chelsea.

It has been suggested Inter or Milan could pursue a loan deal for the player, including the option to buy.

Oscar has scored six goals in 18 CSL appearances this year, with Shanghai SIPG third in the table, two points behind leaders Guangzhou Evergrande.