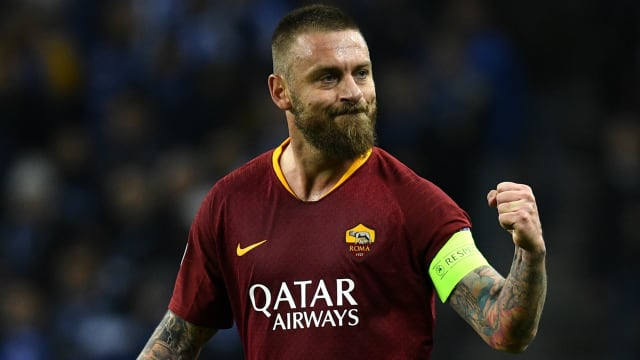 Daniele De Rossi says he is fulfilling a dream by joining Boca Juniors.

The veteran midfielder was confirmed as a Boca player on Thursday after leaving boyhood club Roma at the end of his contract.

The 2006 World Cup winner was tempted by the prospect of a switch to MLS, with Los Angeles FC said to have been interested in his signature.

However, the 36-year-old has followed his heart by moving to the Bombonera to play for a club co-founded by Italians at the beginning of the last century.

In a special video released to mark his arrival at Boca, De Rossi said: "My heart is Roma, but I've really liked Boca since I was a boy. For [Diego] Maradona, for the stadium, because I love the stadium, I love the fans, who are passionate.

"It's a club founded by Italians that has made me feel at home, a big club, one you can believe in.

"I'd love to go to America, but to climb those stairs, go out into the Bombonera with the Boca players... that would be a pleasure.

"The most important thing in life is to be able to achieve all your dreams. Thank you, Boca."