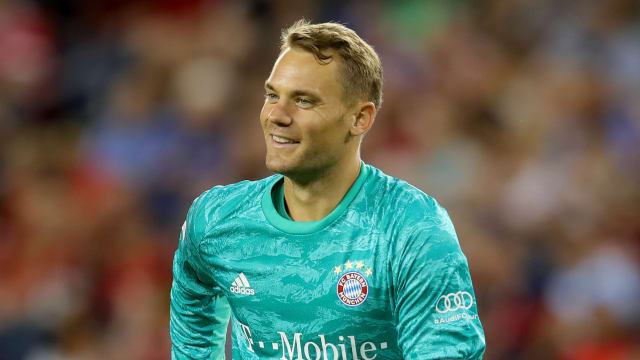 Rumours of retirement spread during April but the 33-year-old dismissed that possibility and regained fitness in time for the DFB-Pokal triumph over RB Leipzig in late May.

Three pre-season appearances have followed, giving the World Cup winner confidence for the campaign ahead.

"I'm not in any pain and can take part in everything we're doing. I'm really looking forward to the new season."

Neuer's authoritative presence on the pitch will be crucial for the Bundesliga champions following the loss of several experienced players.

Arjen Robben, Franck Ribery, Rafinha and Mats Hummels have left since the end of last season, making space for new leaders to emerge.

"We've got a lot of players who are established and know each other well, but also some guys who will have bigger roles to play because of the departures," Neuer said.

"They have to prove they can take on leadership roles."