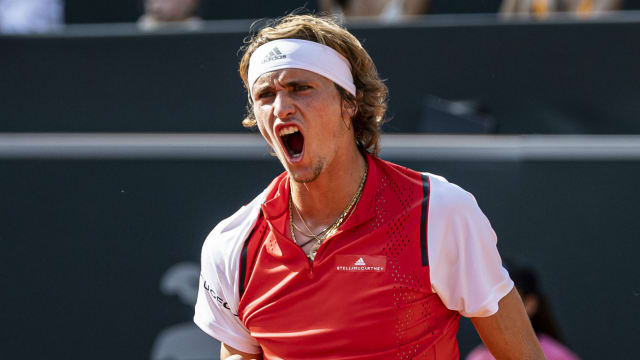 Alexander Zverev made home advantage count as he battled through to the quarter-finals of the German Tennis Championships with a straight-sets win over Federico Delbonis.

After a shock first-round exit at Wimbledon, world number five Zverev - featuring in the tournament in his hometown for the first time since 2016 - has rediscovered his form on clay.

He had to overcome a resilient opponent in Delbonis in humid conditions on Thursday, coming out on top 6-4 7-6 (7-2) to join world number four and top seed Dominic Thiem in the last eight.

Who's taking home the title in 2019? #HamburgOpen

Sousa found victory easier to come by against Gian Marco Moroni, while Andujar saw off a second-set fightback from Taro Daniel to triumph 6-1 3-6 7-6 (7-2).