This Week in US Sports: Holdout season begins, Nuggets lock up Murray 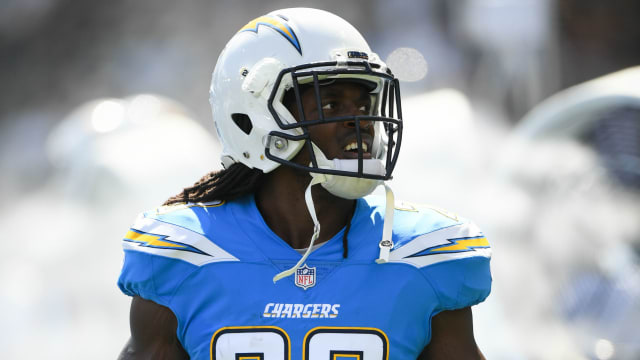 The talk in the NFL right now is about who is not there rather than who is.

In MLB, teams are starting to battle injuries and, in the NBA, a young team just locked up a key piece officially.

All that and more this week from the United States.

Let's be honest, NFL training camps aren't about who shows up anymore, they're about who is staying home. Le'Veon Bell didn't show up to Pittsburgh Steelers camp last season and missed the entire year because he refused to play under the franchise tag. That has to be in the back of everyone's minds this year as key players continue to stay away from their teams.

Los Angeles Chargers running back Melvin Gordon is officially holding out for a new deal, Dallas Cowboys tailback Ezekiel Elliott wasn't on the plane with the team camp on Thursday and Chiefs defensive end Chris Jones also has yet to show up to any offseason activities with Kansas City.

Will any of these men be brave enough to do what Bell did and miss some of the season? We shall see.

The Tennessee Titans are built on their offensive line, but one key piece may be gone to start the season.

Offensive tackle Taylor Lewan apologised to the Titans as he faces a four-game suspension after failing a drugs test. Lewan insists he never knowingly took a banned supplement.

This is huge to Tennessee's start to the year as quarterback Marcus Mariota has already dealt with a lot of injuries and will need all the protection he can get.

Thank you to everyone who sees this video and supports me. My family and I are so grateful to the Tennessee Titans organization and fans for your support. I will post the polygraph information next. #NoBadDayspic.twitter.com/lE9iEMmLxw

It's that time of year in baseball. As the 100-game mark passes, more little injuries start to pop up and playoff hopefuls have already been hit leading up to the trade deadline.

New York Yankees catcher Gary Sanchez is out with a groin injury for a while, Tampa Bay Rays lefty Blake Snell could be out for a month after undergoing surgery on his elbow and Texas Rangers outfielder Joey Gallo could miss a month with a hamate bone injury.

All three of these players' teams have playoff aspirations and they will need each man going into the playoffs. It's tough to get hurt now, but missing a month in July is far better than missing one in September.

The Denver Nuggets have one of the best teams in basketball and they secured their future this week by officially announcing they have signed Jamal Murray to a five-year max extension.

The deal is reportedly for $170million and will make him the highest-paid Canadian basketball player in NBA history, according to TSN.

The Nuggets finished second in the Western Conference last season and will have some of the best continuity of any team in the conference as they bring back a great young core which includes Murray and Nikola Jokic.