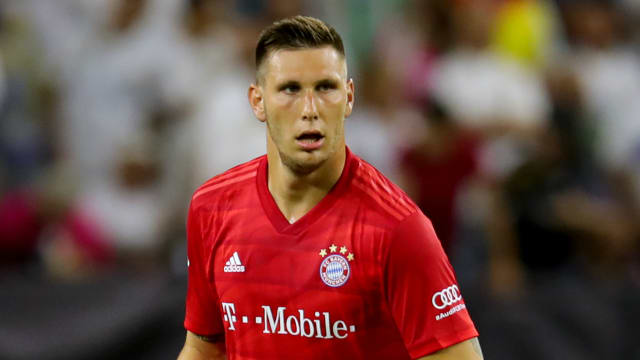 Niklas Sule believes he is ready to become a leader in his third season at an increasingly youthful Bayern Munich.

Bundesliga champions Bayern have been drained of experience since the end of last term, having lost Arjen Robben, Franck Ribery, Rafinha and Mats Hummels.

The latter's departure for Borussia Dortmund is set to place even more expectation upon centre-back Sule's shoulders.

Used more often than Hummels and Jerome Boateng last season, the 23-year-old will begin the new campaign as a first-choice in his position and with the responsibility of building a new defence alongside Benjamin Pavard and Lucas Hernandez.

The Germany international views the changes around him as an opportunity, not a burden.

"I really want to take the next step.

"I'm not a big speaker in terms of my personality. I want to work my way into the role, to lead the younger players, push them and take responsibility.

"I've gained experience over my two years at Bayern and also in the national team. I want to use that more."

Sule moved to the Allianz Arena from Hoffenheim in 2017 and has won 20 caps for Germany.

Bayern's pre-season schedule concludes with a friendly against Fenerbahce in Munich on Tuesday.