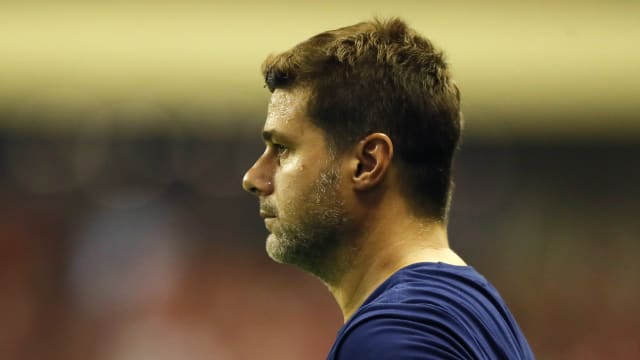 Eric Bailly hurt his knee trying to block a shot from Son Heung-min and United's new winger Daniel James seemed to be targeted by Tottenham throughout, with Pochettino acknowledging his side were perhaps overly aggressive in their 2-1 defeat.

"I was a little bit annoyed about some situations, I was not happy," the Tottenham boss told reporters. "It was a friendly game and in some situations of course when you are tired, when it’s so hot you are not right with the tempo to arrive at the actions, sometimes you arrive late and something can happen.

"I apologise on behalf of our players to Manchester United."

Pochettino added: "It wasn't their intention, but sometimes when you are tired you arrive late and some things can happen.

"And I was worried because in this period of preparation it is sometimes you need to be aggressive and you need to play with passion but sometimes the focus is to build your fitness and develop the way you want to play.

"Of course I was worried, Manchester United, Eric Bailly got injured and I am sorry for that but he was alone.

"And always when the players start to build their fitness and start to fight for their place in the team, when something happens in the pre-season it's always tough and I was a little bit worried, but in the second half the game was a bit more relaxed."

Mauricio: "We are building our fitness and the way we want to play next season. There's a lot of positive things." #SpursTour2019#ICC2019pic.twitter.com/8dYbN8z2nh

A reported £25million clause in Toby Alderweireld's Spurs contract is said to expire on Thursday, but Pochettino was unwilling to discuss the centre-back's future.

"Nothing to say about that," he added. "I am very focused on working with the players that we have and the club provide us, the coaching staff, and try to help them to improve and work with the players who we are going to have at the end of the transfer market.

"I'm not going to communicate or talk about that, I'm going to talk about managing the squad that we have. To make clear because in the future if you're going to ask me it'll be a little bit weird because I won't answer because I don't have the answer."