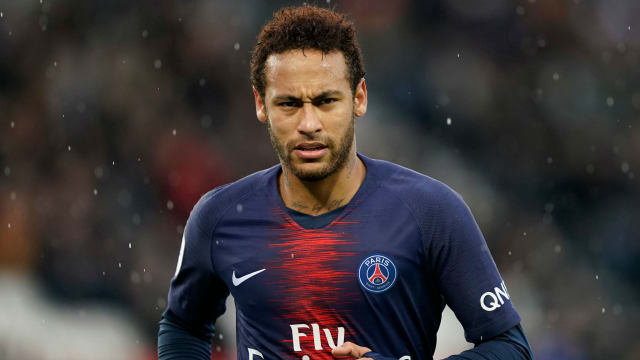 Neymar has been left out of the Paris Saint-Germain squad for Saturday's pre-season friendly against Inter.

The Brazil superstar recently declared he is almost 100 per cent fit after recovering from foot and ankle injuries.

But PSG confirmed on Thursday that Neymar will not travel to Macau with the rest of the squad to take on the Nerazzurri.

"Presnel Kimpembe and Neymar [will] stay at base camp in Shenzhen to continue their individual physical work twice a day with staff members to extend their preparation," the club said in a statement.

Neymar has been linked with a return to Barcelona, with PSG sporting director Leonardo confirming the 27-year-old wants to leave.

The forward reported late for pre-season training earlier this month and PSG said he could face punishment as a result.

Neymar did not feature in either of PSG's two recent friendlies in Germany having missed Brazil's triumph at the Copa America due to injury.

But PSG's new signings Ander Herrera, Abdou Diallo and Pablo Sarabia could all play against Inter after being included in Thomas Tuchel's squad.

After taking on the Serie A side, PSG play Sydney FC ahead of August 3's Trophee des Champions clash against Rennes in Shenzhen.