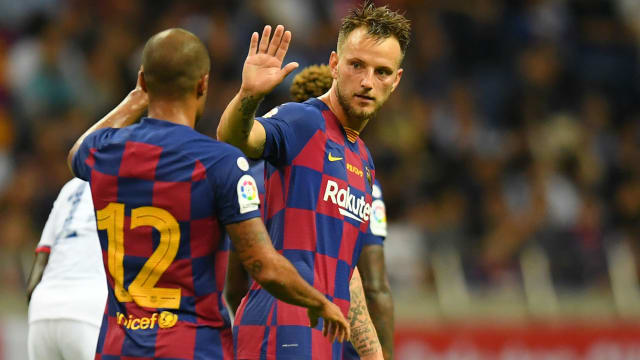 Croatia international Rakitic has spent five seasons at Barca following a move from Sevilla in 2014 and has been a key part of the side ever since, making at least 32 LaLiga appearances in each campaign.

Although his coaches have valued Rakitic's input, some supporters have questioned whether the 31-year-old merits inclusion in the Barca team.

But in spite of United, Inter and PSG apparently holding an interest in Rakitic, Iniesta is convinced his former colleague has no plans to leave.

"I don't know if he is untransferable, but I know he is happy and wants to stay at Barca," Iniesta told reporters in Japan before his Vissel Kobe side face the Blaugrana on Saturday.

"I hope he can [stay at the club] and continue to perform as before. I would be happy for him."

One player linked with a move to Barca is Neymar, another former team-mate of Iniesta's at Camp Nou.

The PSG star is at odds with his employers, who have confirmed he can leave for the right price, and Iniesta is eager to see the Brazilian back with the Spanish champions.

"I have said it many times, for me, as a player he is one of the best there is," Iniesta said. "If his signing is going well or badly, that is something the club must conclude.

"They are considerations of the sports management. But as a player, he is one of the best."