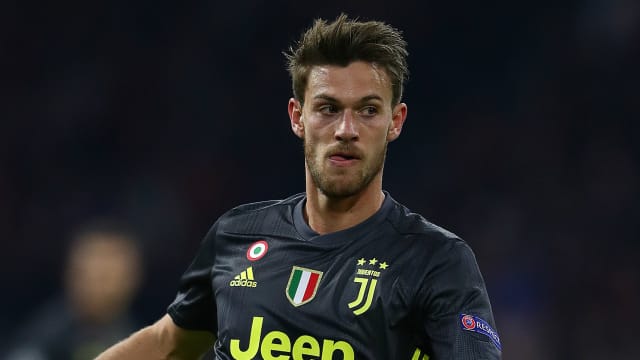 Daniele Rugani's agent has confirmed the Juventus defender is considering his options after falling further down the pecking order.

The 24-year-old started 19 matches in all competitions last season, but opportunities are expected to be even harder to come by next season following the recent arrivals of Matthijs de Ligt and Merih Demiral.

Roma and AC Milan have both been linked with Rugani, who has previously worked under new head coach Maurizio Sarri at Empoli, and the Italy international's agent has discussed a move away.

"I don’t know what Juve have in mind, but they will certainly make their evaluations with many players, all of them at a high level," Davide Torchia told Tuttomercatoweb.

"With the balance needed in the squad and also economically, it is possible Juventus will try to sell someone. When you go to Juventus, you are aware that there's competition for places.

"He knows what Maurizio Sarri wants, having worked with him at Empoli, but on the other hand, a player like Daniele must have the desire to push for more.

"Obviously, the signals from the club have to be precise - there are five defenders now and if a player only has one game per year in the Coppa Italia, he has to consider his options.

"If they continue to believe in the player and the coach knows that too, then he'll continue the growth process. I think that is the objective of the club, too."

The Bianconeri have arrived in Shanghai! #MeetTheWonderpic.twitter.com/GpVXiEzi92

Rugani rejected the chance to join Sarri at Chelsea last season and went on to sign a new four-year deal with Juventus in March, but doubts remain over his future in Turin.

"Last season the decision to say no to Chelsea was not just the club, but ours too," Torchia said. "We were happy to stay and Juve were happy to keep us.

"Now, he has a contract until June 2023 and the renewal certainly sent a signal. There are many talented players in his role now, we'll see what happens.

"It's only natural that there are other clubs interested in Rugani."