De Rossi given incredible welcome ahead of Boca move 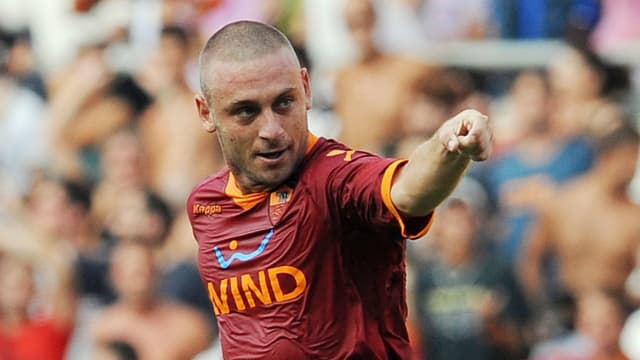 Boca Juniors supporters have given Daniele De Rossi an amazing welcome as the former Roma midfielder prepares to join the club.

Roma great De Rossi ended a career-long association with the Giallorossi when his contract was not renewed at the end of the 2018-19 season.

De Rossi initially seemed set to confirm his retirement, although he was also linked with a switch to Fiorentina.

Boca appear to have persuaded the 36-year-old to play on, though, and his arrival at an Argentina airport on Wednesday sparked incredible scenes.

The former @ASRomaEN and @azzurri star looks set to sign for @BocaJrsOficial pic.twitter.com/JGQ3ReKOcN

The former Italy international made 615 appearances in all competitions for Roma, a number only bettered by his old team-mate Francesco Totti.

De Rossi's arrival is expected to pave the way for Uruguay star Nahitan Nandez to leave Boca for Cagliari.