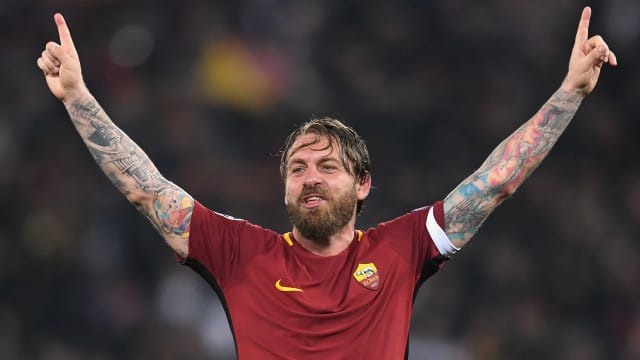 Daniele De Rossi has completed his move to Boca Juniors, the club have confirmed.

De Rossi was a free agent after being released at the end of his Roma contract.

Only Francesco Totti had made more appearances for the Giallorossi than De Rossi, who was Roma's captain.

The former Italy midfielder, who won the World Cup in 2006, had initially been expected to retire, but he was also linked with Fiorentina.

But it became clear he was heading to Boca on Thursday when his arrival at an Argentina airport sparked huge celebrations.

De Rossi's arrival was then made official by Boca, with the 36-year-old reported to have signed a deal to March 2020.

His move to Boca is expected to pave the way for Uruguay international Nahitan Nandez to join Serie A side Cagliari.