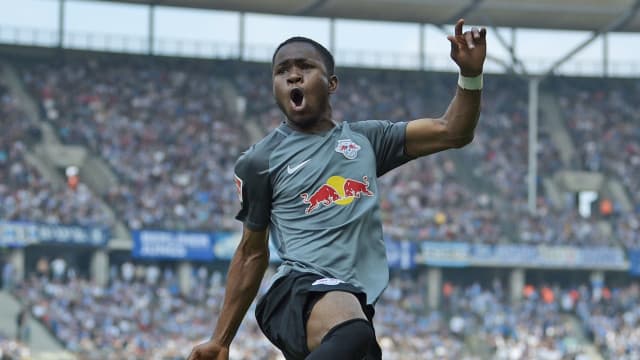 Ademola Lookman has joined RB Leipzig from Everton in a deal that could rise to be worth €25million (£22.5m).

England Under-21 international Lookman spent the second half of 2017-18 on loan at Leipzig and willl return permanently on a five-year contract.

The attacker looked set to make the switch prior to the 2018-19 campaign, but Everton rebuffed numerous offers from the Bundesliga side as Marco Silva insisted he saw him as a key member of his squad.

However, Lookman failed to establish himself during Silva's first season at Goodison Park, scoring one goal in 24 appearances across all competitions.

"I am very happy to be back here and would like to continue where I left off in the second half of 2018 for RB Leipzig," the 21-year-old said.

"Of course, I am also looking forward to seeing my team-mates again and would like to help the team to continue to celebrate great successes."