5 talking points ahead of the German Grand Prix 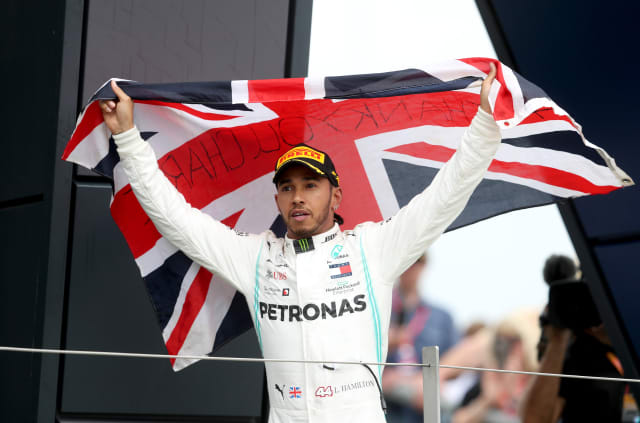 The Formula One circus heads to Hockenheim this weekend for the German Grand Prix.

Following his win at Silverstone last time out, Lewis Hamilton will arrive at the 11th round of the campaign with a 39-point championship lead.

Here, PA looks at the key talking points ahead of Sunday’s race.

Will heatwave tame Hamilton and Mercedes?

Hamilton and Mercedes have ruled the roost this term, but with the mercury set to edge towards 40 degrees in Hockenheim, their dominance could be tested this weekend. Indeed, last month’s Austrian Grand Prix, hit by humid weather, is the only round at which Mercedes have failed to win in 2019 after Red Bull’s Max Verstappen took the chequered flag. Mercedes have struggled with cooling in hot temperatures, and Hamilton was only fifth in Austria – his worst finish in the last 12 months. Mercedes’ rivals will hope lightning strikes twice this weekend.

Under-fire Vettel returns to scene of the crime

Last year, Sebastian Vettel was on course to win his home race and extend his championship lead before he slipped off a damp track and crashed out. The four-time world champion hasn’t been the same driver since. In the rounds following last year’s German GP, Vettel has scored 271 points, an eye-watering 170 fewer than Hamilton – that’s the equivalent of almost seven victories. And the German arrives at Hockenheim facing further questions after he crashed into Verstappen at Silverstone, his latest in a catalogue of mistakes.

While the British Grand Prix was saved from extinction a fortnight ago, the race in Germany looks set to end up on F1’s scrapheap. The Hockenheim venue cannot muster the cash to make it work and the event is only on the calendar thanks to the financial support of Mercedes, the title sponsor of this year’s race. Michael Schumacher drew fans from all over Germany as he won a record seven championships, but Vettel has not been able to attract the same interest. With Vietnam and Holland on the schedule next year, and no deal in place for Germany, its future looks bleak.

Is no news bad news for Bottas?

Valtteri Bottas might be Hamilton’s closest challenger for the championship this season, but there is some doubt as to whether he will be retained by Mercedes for a fourth year. Last season, the Finn’s one-year rolling deal was extended here at the team’s home race, yet we are not expecting any news this weekend. Esteban Ocon, the team’s reserve driver, is waiting in the wings, while talented British novice George Russell is also on the Mercedes books. He has impressed in his debut campaign at Williams. It seems unlikely that Mercedes will want to upset the applecart but their failure to confirm Bottas for 2020 suggests they might be weighing up their options.

Gasly must prove Silverstone was not a one-off

Frenchman Pierre Gasly delivered his best result of the season at the British Grand Prix, topping a practice session for the first time in his career before crossing the line in fourth. Gasly has been well off the pace of team-mate Verstappen, but his showing might provide him with the confidence he needs to turn his underwhelming start to life at Red Bull around.