Solskjaer: Pogba has never been a problem 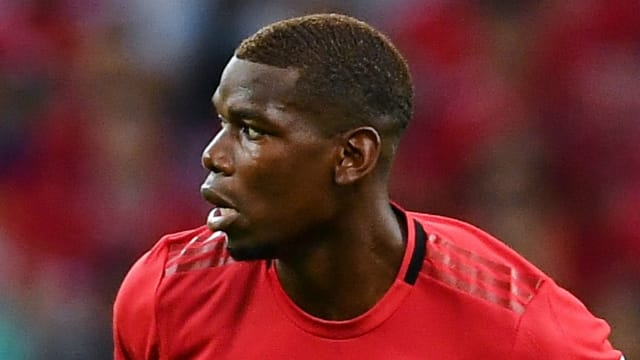 Ole Gunnar Solskjaer expects Manchester United fans to give their full backing to Paul Pogba next season, saying the France international has "never ever been a problem" during his time at the club.

Pogba came in for heavy criticism from United supporters during a tumultuous 2018-19 campaign and was seen receiving verbal abuse on the Old Trafford pitch at the end of the club's 2-0 home defeat to Cardiff City on the last day of the season.

He has since been the subject of speculation linking him with a move away from United, telling reporters in Tokyo in June that next season "could be a good time to have a new challenge somewhere else".

The comments incensed sections of United's support, but Solskjaer said Pogba, who featured in the club's pre-season friendly victories over Perth Glory, Leeds United and Inter, will have the backing of the fans next season.

"I think our fans know what Paul has given the club and what he can give us," Solskjaer told a news conference ahead of United's International Champions Cup clash with Tottenham on Thursday.

"Of course there is a loud small minority.

"Paul has been absolute top in the group. Me and the players will testify to that.

"He's never ever been a problem. We’re just grateful when he performs as well as he does."

"It feels like a new start," says Ole. "At the moment, we're laying a foundation both mentally and physically. This tour has been very good for team building as well." #MUFC#MUTOUR#ICC2019pic.twitter.com/lZBha9U9WQ

Solskjaer provided updates on the fitness of defender Victor Lindelof, who was substituted in the second half of United's 1-0 win over Inter, and Romelu Lukaku, who has yet to feature in pre-season despite joining the tour squad amid interest from the Nerazzurri.

"Lindelof is fine and Lukaku won't be fit, no," said Solskjaer, ruling the Belgium forward out of the clash with Spurs.

"He [Lukaku] has been working with a physio the last few days so I don't think he will make this one, no.

"He got injured in training. It is not too bad, if it was worse we would have sent him home.

"Of course it's never nice to be a player who misses out on important fitness work but also team building work, understanding, tactical approach.

"He'll just have to make that up later on."