Klopp: Coutinho back to Liverpool from Barcelona? It's just not possible 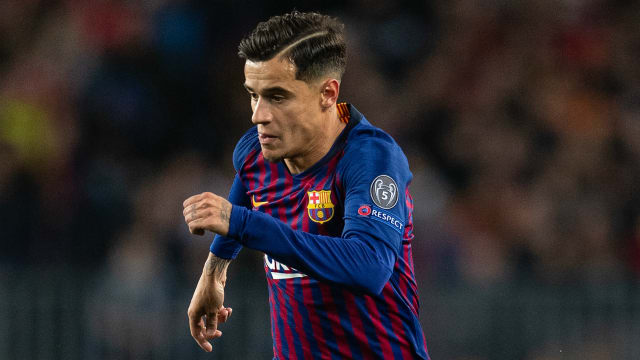 Jurgen Klopp has ruled out a Liverpool return for Philippe Coutinho as the Reds cannot afford to re-sign the Barcelona star.

Coutinho swapped Liverpool for Barcelona in January 2018 for a fee that could reach €160million (£142m) with add-ons, however, the Brazil international has already been linked with a move away.

The 27-year-old has struggled to cement himself in Barca's starting XI amid discontent from fans at Camp Nou, where he scored just five goals in 22 LaLiga starts last term.

A return to Champions League holders Liverpool has been mooted but Reds manager Klopp dismissed the possibility as he hailed his former attacking sensation.

"In general, Phil Coutinho helps each team in the world, still – 100 per cent," Klopp told ESPN FC. "It's not about that.

"It's just not possible. As I said, having him would make each team better – us included – but I really hope that he finds his luck at Barcelona.

"Or maybe he found it there. We have contact, but not that close contact that I know exactly how he is doing, but the rest is only newspaper talk and stuff like that.

"If everything was true what newspapers write about me – wow! If it's similar to what they write about me, I would say he's completely happy at Barcelona and wants to sign a new six-year contract or whatever."

Klopp has also denied Liverpool could make a move for Real Madrid outcast Gareth Bale, claiming the Wales forward's wages would be too expensive.