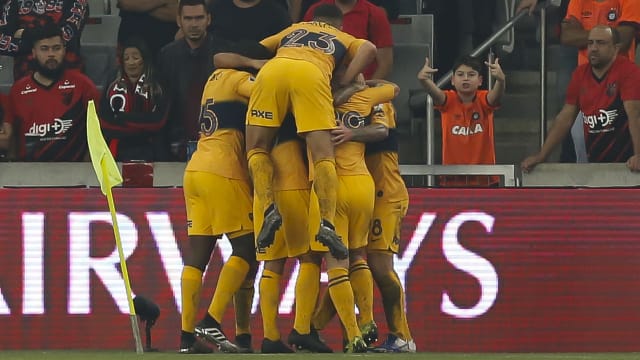 Carlos Tevez helped Boca Juniors to an away win in the first leg of their Copa Libertadores last-16 tie against Athletico Paranaense, while Internacional also left it late.

Last year's runners-up, Boca edged to a 1-0 victory in Curitiba as Tevez had an impact off the bench on Wednesday.

The former Manchester City and Manchester United forward played a one-two with Alexis Mac Allister, the Brighton and Hove Albion loanee curling a wonderful effort into the top corner from 25 yards in the 83rd minute.

The hosts had a chance to equalise after being awarded a penalty following a VAR review, but former River Plate forward Marco Ruben's 95th-minute spot-kick bounced back off the post.

The result left Boca in a good position ahead of next week's return leg at La Bombonera.

Internacional also claimed an away win, edging Nacional 1-0 in Montevideo thanks to Paolo Guerrero's 90th-minute goal.

The Peru great produced a clinical finish from inside the area to see the Brazilian outfit edge to victory.

Elsewhere, a 10-man Emelec claimed a 2-0 win at home to Flamengo and Cerro Porteno drew 0-0 at San Lorenzo.