Off your Roca! Rummenigge denies Bayern bid for Espanyol star 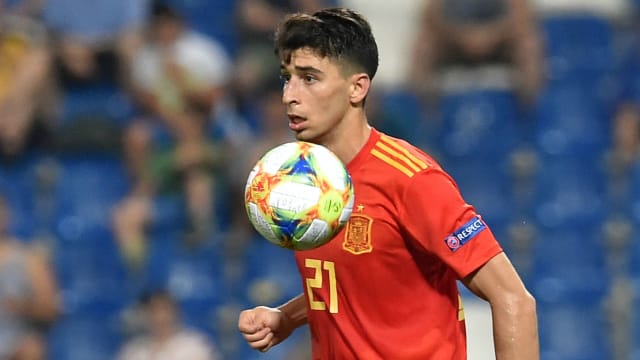 Marc Roca has a release clause in his contract but Bayern Munich have not made an offer to Espanyol, according to the Bundesliga champions' chief executive Karl-Heinz Rummenigge.

Midfielder Roca was a key part of the Spain side that triumphed at the European Under-21 Championship.

He has been linked with leaving Espanyol following the tournament but Rummenigge denied Bayern having a bid rejected for the 22-year-old.

"There has been no contact or negotiation with the club," Rummenigge told reporters.

"But I understand he has a clause in the contract."

Jerome Boateng was widely expected to leave Bayern ahead of the 2019-20 season, with Paris Saint-Germain reportedly interested.

But Rummenigge indicated the centre-back could stay at Bayern after impressing during pre-season.

"He has behaved very positively within the team and collected bonus points," Rummenigge said of Boateng.

Meanwhile, Bayern target Callum Hudson-Odoi is reported to have signed a new long-term deal with Chelsea.