Hollioake champions Roy for Ashes and urges Root to step up 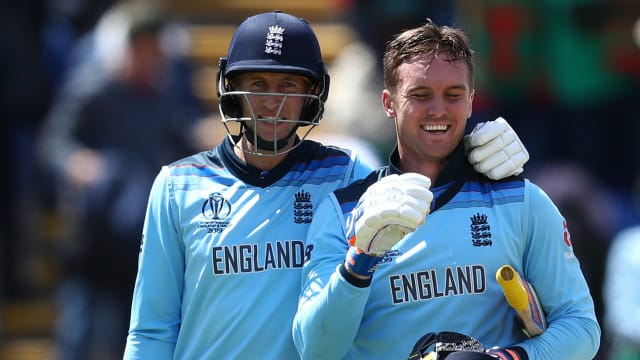 Adam Hollioake believes Jason Roy is ready to be unleashed on Australia in the Ashes and wants to see Joe Root step up and bat at number three.

Roy will make his Test debut against Ireland at Lord's on Wednesday after playing a huge role in England's maiden Cricket World Cup triumph on home soil.

Hollioake also feels captain Root should take it upon himself to solve the problem number three slot in the Ashes series opener at Edgbaston next week.

"I'd have Jason Roy in the side and I'd open with him. I'd definitely have him in the side after the way he played in the World Cup," Hollioake told Omnisport.

"And I would like to see Root go in at three, there's no doubt he is good enough as he is England's best batsman.

"If you have someone else who wants to do it and he can remain at four, that is great, but I can't see there is that much difference between three and four.

"I'd like to see Burns and Roy open. It's nice to have a bit of familiarity and it's right hand with left hand.

"They played last year together in Surrey's Championship-winning side, it has a nice feel about it."