'Exceptional' Malinga praised ahead of ODI swansong for Sri Lanka 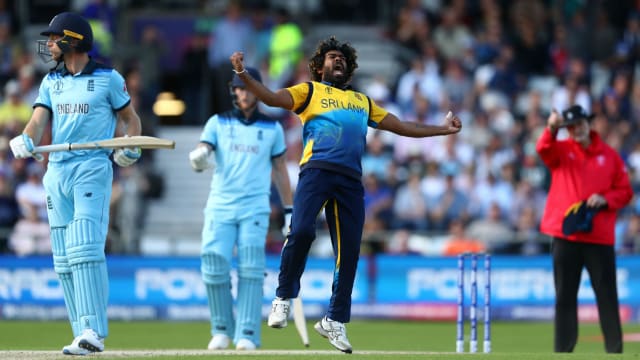 Sri Lanka Cricket president Shammi Silva hailed Lasith Malinga as an all-time great after the paceman announced he will make his final ODI appearance on Friday.

Malinga is to finish his stellar international career in the 50-over format after the opening game in the three-match series against Bangladesh in Colombo.

The limited-overs specialist is third on the list of Sri Lanka's leading ODI wicket-takers, claiming 335 in 225 matches.

Silva lavished praised on the 35-year-old, who will remain available for Twenty20 International selection.

"Lasith Malinga is an exceptional player, who has contributed immensely to the game of cricket in Sri Lanka," Silva said.

"His departure from ODI cricket opens up a door for young bowlers to come and emulate what Malinga has done, while playing for the country."