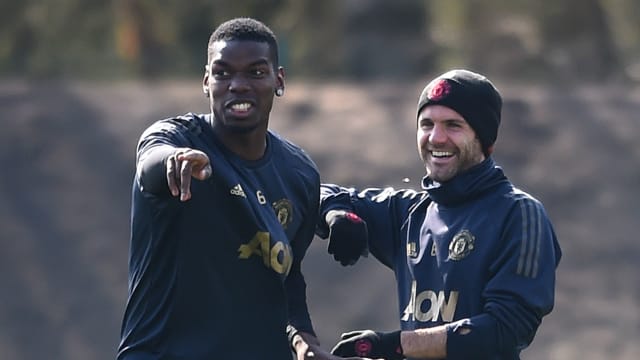 Paul Pogba is a positive influence on his Manchester United team-mates and should remain at the club, says Juan Mata.

World Cup winner Pogba announced his desire for a "new challenge somewhere else" in June and has been heavily linked with a transfer to former club Juventus and Real Madrid.

The Frenchman has struggled to live up to expectations since arriving at Old Trafford from Juve in August 2016 for £89million, then a world-record fee.

Pogba was still included in United's squad for their pre-season tour to Australia and Asia, with manager Ole Gunnar Solskjaer hopeful of retaining his services.

"We all know Paul and he is a fantastic midfielder, and a very good guy, very positive, and a good influence for everyone," said Mata.

"I think he is happy and brings everyone together, but I cannot speak for other people - I speak for myself.

"As a team-mate and a friend I would like him to stay and be happy because he is a very good player for us."

One final training session in Singapore before our next destination. #MUFC#MUTOURpic.twitter.com/lwzfl9kMpu

David de Gea looks set to continue his career at United, as he is reportedly ready to sign a six-year contract extension.

"David is the best goalkeeper in the world and one of my best friends so I want him to stay," said Mata.

"On a professional level, it would be great if he stays because he will give us many points over the next season, so I'm very happy if he stays."