I am committed to Tottenham - Alderweireld dismisses exit rumours 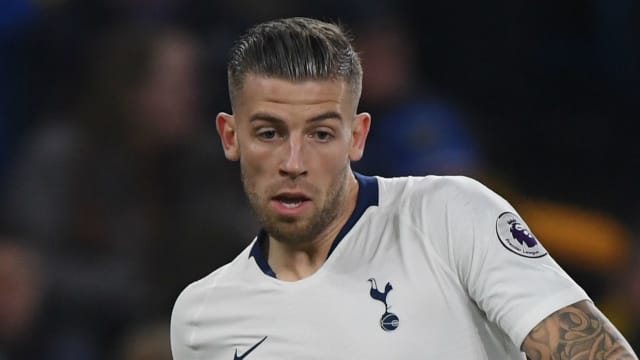 Toby Alderweireld says he expects to start the 2019-20 season as a Tottenham player.

The Belgium international has been linked with a move away from the club during the close season, with Roma reportedly interested in signing the 30-year-old.

Alderweireld, who captained Spurs in their 3-2 International Champions Cup win over Juventus on Sunday, insists he is not looking to leave and is fully focused on the forthcoming Premier League campaign.

"I've always said that I'm focused on Spurs and trying to deliver the job that I need to do," he told reporters after the game in Singapore, which was won courtesy of Harry Kane's spectacular stoppage-time strike from the halfway line.

When asked if he expects to be a Spurs player for the start of the season, he replied: "Yes, that's my focus."

Alderweireld was an integral part of Tottenham's squad last season, making 34 Premier League appearances and featuring 12 times in their run to the Champions League final, where they were ultimately beaten by Liverpool.

Great start to 2019/20! #Singapore your support has been amazing!
Next stop  China! #COYSpic.twitter.com/oKJ1DOpVFG

He admits that things can change quickly in football but believes manager Maurucio Pochettino is in no doubt about his commitment to the club.

"In football, everything can go quickly but my focus is on Spurs and to be ready for the start of the season," he added.

"The manager knows that I'm committed to the team and to the club. I was made captain, which shows the manager's trust in me."