Herman credits president after coming up trumps in Kentucky 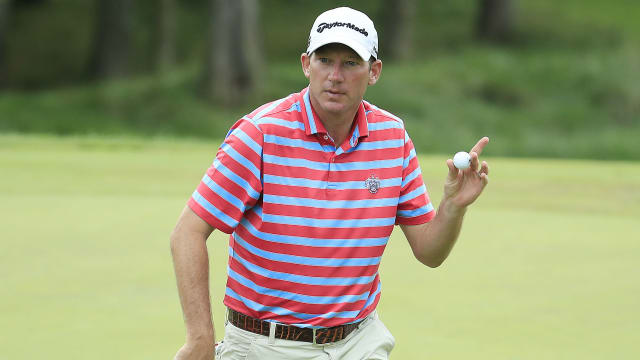 Jim Herman revealed president Donald Trump should take some credit for his second PGA Tour victory at the Barbasol Championship.

Herman had only made the cut in three of 19 tournaments this year but shot a magnificent third round of 62 on Saturday to put himself firmly in contention.

The 41-year-old, who received a call from the United States president during the event, went on to seal a one-shot victory in Kentucky after taking Trump's advice to switch putters.

Herman, a former assistant professional at Trump National Bedminster in New Jersey, says the pep talks have helped to drive him on during his career.

"He motivates me and puts me in a good spot." said the Cincinnati native.

"I don't know what it is about him, but he gets me going in the right direction with golf.

"I took his advice and put a new putter in play. Couldn't have putted any better this week."