Cowboys top Forbes' most valuable teams list, ahead of Real Madrid and Barcelona 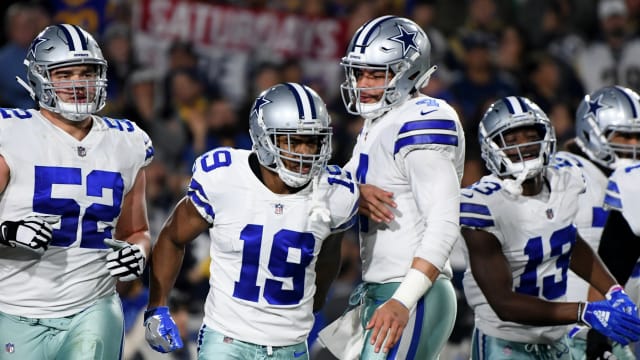 The Dallas Cowboys extended their reign atop Forbes' most valuable teams list, ahead of the New York Yankees, Real Madrid and Barcelona.

Forbes released its list of The World's 50 Most Valuable Sports Teams in 2019 and NFL franchise the Cowboys were number one again for the fourth successive year.

The Cowboys – five-time Super Bowl champions are valued at $5billion, more than iconic MLB team the Yankees ($4.6bn) and LaLiga duo Madrid ($4.24b) and Barca ($4.02b), with NBA franchise the New York Knicks ($4b) rounding out the top five.

Of the 50 highest-rated sports TV broadcasts last year, nine were regular-season Cowboys games. The team's popularity helps owner Jerry Jones bring in an estimated $340 million in sponsorship and seating revenue at AT&T Stadium, which is twice as much as any other team, Forbes noted.

"On and off the field, in season and out of season, there is a small soap opera going on every day," Jones told Forbes last year. "Everyone knows that marketing, especially in this day and time, is just another way to promote the circus, so to speak."

The NFL as a whole is still the most dominant sports league as more than half of the top 50 are football teams. The Yankees moved up Forbes' rankings.

The NBA has also increased its value as the Knicks headline nine basketball teams on the list this year, ahead of the Los Angeles Lakers ($3.7b) and the Golden State Warriors ($3.5b).