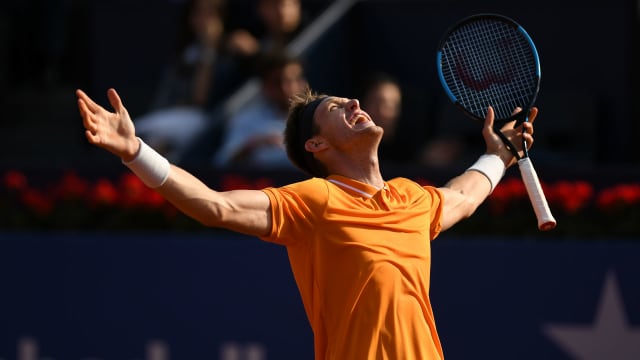 Nicolas Jarry followed in the footsteps of his grandfather by claiming his maiden ATP Tour title with a straight-sets victory over Juan Ignacio Londero at the Swedish Open.

Jarry is the grandson of Jaime Fillol Sr, a winner of six tour titles who was ranked as high as 14th in the world in 1974.

In Bastad on Sunday, Jarry, who had been beaten in his two previous ATP finals, made a breakthrough courtesy of a 7-6 (9-7) 6-4 triumph.

Londero had two set points in the tie-breaker that decided the opener, but those chances went begging and Jarry took his second opportunity to forge ahead.

A break of serve in the seventh game of the second set then proved crucial as the Chilean moved to the brink of victory.

Jarry, who was the fifth seed in Bastad, ends the week having not dropped a set.