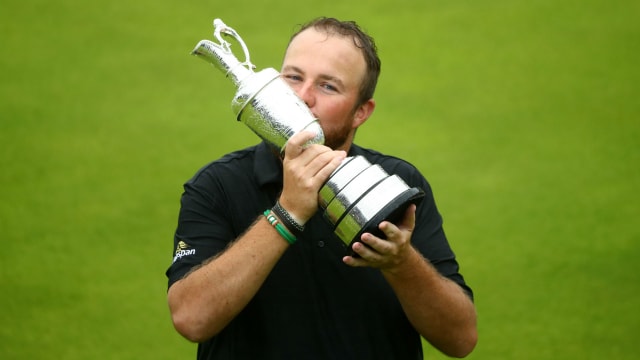 On The Open's first visit to Northern Ireland since 1951, Shane Lowry became the latest in a string of Irish golfers who have enjoyed recent success in a major championship.

Lowry's stunning six-shot triumph at Royal Portrush on Sunday represented the 10th major victory by a player from either Northern Ireland or the Republic of Ireland in the last 12 years.

The new Open champion, who hails from County Westmeath in the Republic, follows in the footsteps of Padraig Harrington, the winner of The Open in 2007 and 2008 and also the US PGA Championship victor in the second of those seasons.

Northern Ireland, meanwhile, has had three major champions in the past decade, with Rory McIlroy winning four titles and triumphs also coming the way of Graeme McDowell and Darren Clarke.

Since the start of 2007, the year Harrington first tasted Open glory, only the United States - with half of the 52 titles since then - can boast more major wins than either Northern Ireland or the Republic, and Lowry denied America a clean sweep in 2019.

We look at how many major winners have come from each country in that period.

An Open we'll never forget. An incredible venue. A fitting Champion. See you at Royal St George's in 2020 for #TheOpenpic.twitter.com/bLUiReNsza