The Open 2019: How the final round unfolded as Shane Lowry stormed to Portrush triumph 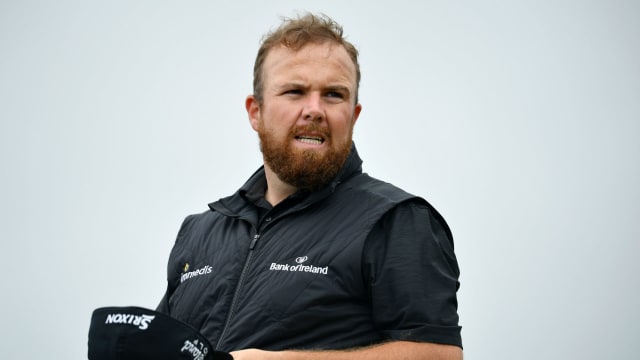 Shane Lowry held his nerve magnificently under pressure to claim his first major title at The Open.

The Irishman secured a hugely popular success at Royal Portrush, finishing six shots clear of Tommy Fleetwood after following up his sensational third-round 63 with a one-over 72 that was arguably even more impressive given the challenging weather conditions and the magnitude of Sunday's final 18 holes.

Lowry had begun the fourth round leading by four at 16 under, with Fleetwood his nearest challenger.

We look at how the last day unfolded.

1:47pm BST - The final pairing of Lowry and Fleetwood tee off in rising winds, with Rickie Fowler and JB Holmes having already gone out of bounds on the first. Lowry and Fleetwood both avoid that horrible fate, although the Irishman's tee shot is a nervous one into the rough on the left.

Sunday scores at The Open:

2pm - Having struggled badly on the opening hole, finding the bunker with his second and then coming up short with both his third and fourth shots, Lowry shows resilience to drain a six-footer for his bogey. That means his lead is only cut by one stroke, with Fleetwood having missed a presentable birdie opportunity.

2:26pm - Lowry's lead becomes four strokes once more as Fleetwood's cold start with the putter continues, the Englishman missing a short par-saver on the third. Meanwhile, Lee Westwood picks up a shot at the fifth - having earlier pitched in for birdie at the third - to trail by five.

2:39pm - The leader stretches his advantage over Fleetwood to five, birdieing the fourth after a fine approach shot. In the penultimate group, Brooks Koepka makes a spectacular eagle on the fifth. However, that comes after he had bogeyed each of the first four holes. At seven under for the tournament, he is nine behind Lowry.

2:51pm - As conditions worsen at Portrush, Fleetwood can only birdie the fifth despite leaving himself a fairly short eagle putt. Lowry matches his partner's three to reach 17 under and remain five clear.

3:22pm - Fleetwood gets up and down from a greenside bunker at the seventh to save par, but Lowry makes a tap-in birdie, his third gain in four holes. At 18 under, he leads by six and is in command of the tournament.

The lead is SIX over Fleetwood!@ShaneLowryGolf is nine ahead of third.#TheOpenpic.twitter.com/sUmUs1aDoF

3:57pm - After he and Fleetwood had each bogeyed the eighth amid a burst of torrential rain, Lowry gives up another shot at the ninth to turn in a level-par 36. A fine up-and-down sees Fleetwood end the outward nine with a par and sit five off the pace, with Westwood two further back after a bogey at 11. Everyone else appears to be out of the running.

4:31pm - Lowry's wobble continues as he follows up a gutsy par save at the start of his back nine with a third bogey in four holes at 11. However, he remains five clear of Fleetwood, whose putter let him down from close range at the 10th. Westwood's race is run as he slides back into the group at seven under, eight off the pace.

4:51pm - Fleetwood reduces his deficit to four shots for the first time since the third hole, courtesy of a two-putt birdie at the par-five 12th.

5:20pm - Despite making his fifth bogey of the day at the 14th, Lowry finds himself five clear once more as Fleetwood drops two shots. After finding a bunker off the tee and heavy rough with his second, the Englishman looks to have left himself with too much to do.

5:32pm - Lowry makes a brilliant birdie at the 15th to move further clear, extending his lead to six with just three holes to play. The crowd favourite celebrates with a determined fist pump.

6:09pm - The crowd at Royal Portrush goes wild as a beaming Lowry finishes with his third par in a row to complete a round of 71 and triumph by six strokes.