Springboks name strong squad for All Blacks and Pumas clashes 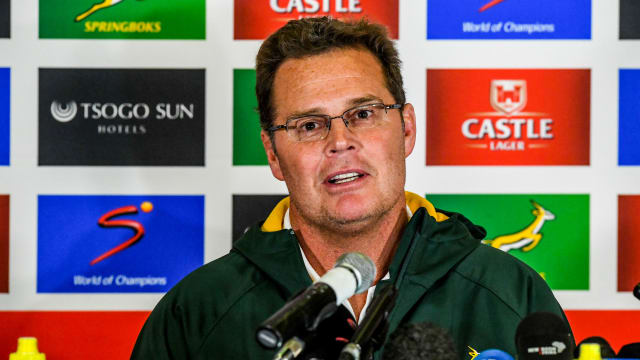 South Africa have named a strong 36-man touring squad for the Rugby Championship matches against New Zealand and Argentina after fielding an under-strength side for the win over Australia.

The Springboks beat the Wallabies 35-17 on Saturday despite Rassie Erasmus leaving out a string of key men at Ellis Park.

Director of rugby Erasmus' decision to make changes did not backfire, as scrum-half Herschel Jantjies scored two tries in an impressive debut.

Erasmus flew out to New Zealand soon after the victory along with his coaching staff and eight players - including the likes of Eben Etzebeth, Jesse Kriel, Pieter-Steph du Toit.

Fourteen Springboks had already departed two days before the win over Australia to gear up for a showdown with New Zealand in Wellington on Saturday.

Francois Louw, Marcell Coetzee, Tendai Mtawarira and Schalk Brits are among another 10 who will board the plane on Sunday.

South Africa take on Argentina in Salta on August 10 after doing battle with the world champions.