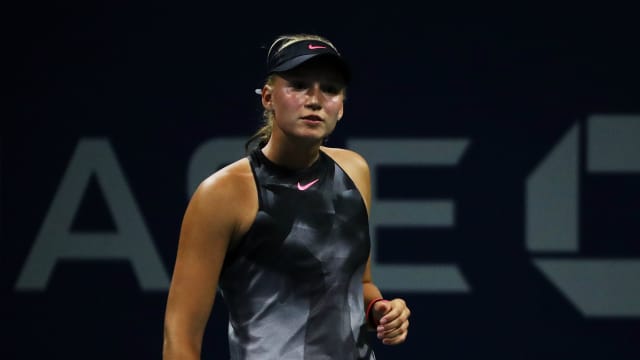 Elena Rybakina landed her first WTA title with an emphatic win over Patricia Maria Tig in the Bucharest Open final.

The story of qualifier Tig reaching the final against all expectations had provided the tournament's core narrative but she was swept aside 6-2 6-0 by 20-year-old Rybakina in the final.

Romanian Tig does not have a world ranking and was making her first WTA main draw appearance since 2017 after struggling with multiple injuries as well as giving birth to her daughter in the past year.

But despite playing in front of a home crowd, she found Kazakhstan's Rybakina too much to handle in the title match, losing in an hour and five minutes.

Elena Rybakina is the @BRDOpen champion!