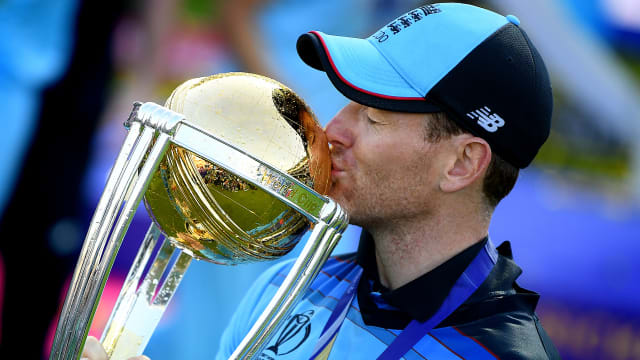 England captain Eoin Morgan insisted he was yet to make a decision on his future, saying he needed more time to consider what is ahead.

Morgan, 32, led England to their first Cricket World Cup title earlier this month after a dramatic win over New Zealand in the final.

With some uncertainty over his future, Morgan said he would take a break before making a decision.

"After every major tournament or challenge, I'll always sit down and say 'how does the future look? How does the next six months, year, four years look?'" he told Sky Sports.

"I actually haven't had a chance to come down off the high of the World Cup yet, so it's been incredibly difficult to make a logical decision and that's when I make my best decisions.

"Next week, I'm going away with my wife to get away from the game, in a really nice way. I'm absolutely knackered – physically and mentally knackered. I need a little bit of time away to consider everything."

One week ago
The greatest finish in cricket history
WORLD CHAMPIONS

Morgan said he needed to decide whether he was the man to continue leading England through the period.

"This last five weeks has taken so much out of me mentally and physically. My levels of fitness with my back have always been in question and it's not a nice place to be in as a leader.

"At the forefront of it will be 'can I take the team forward?'"