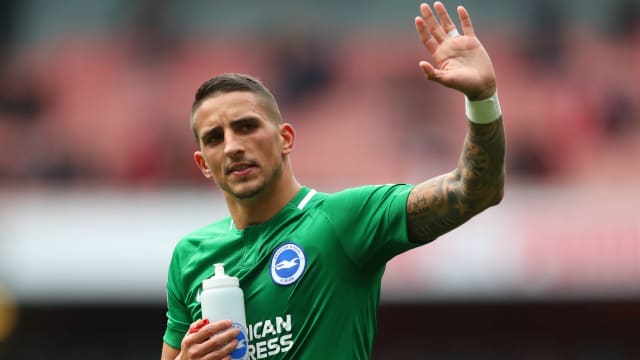 Anthony Knockaert has completed a loan move to Fulham from Brighton and Hove Albion.

The 27-year-old has agreed a 12-month deal, with the move expected to be made permanent for an agreed undisclosed fee at the end of 2019-20.

Brighton boss Graham Potter suggested the winger would not have been part of his plans had he stayed at the Amex.

"The move is a good one for the club and Anthony. The wide positions are areas in which we have a lot of competition within the squad," he said via Brighton's website.

"I've only worked with Anthony for a short period of time, but that's been a pleasure and he's been very professional and hardworking throughout pre-season. On behalf of the club, I would like to wish him well with Fulham."

Knockaert joined from Standard Liege in January 2016 and was named the Championship Player of the Year as Brighton won promotion the following year.

"It feels amazing to be here. I feel really welcome already. It just feels great to get this done and for me to be a Fulham player," he said.

"The goal is to get back to the Premier League where Fulham belongs. I have come here with the clear intention to get promoted and I want to help in any way that I can."