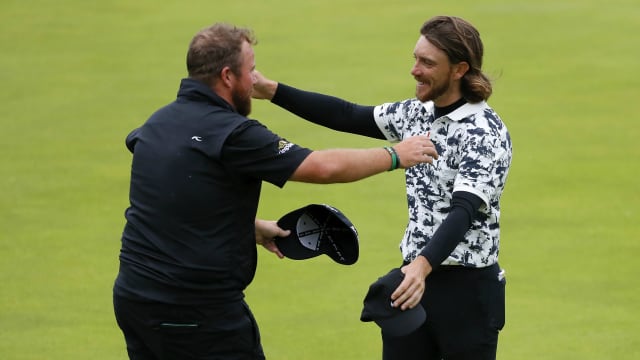 A downbeat Tommy Fleetwood is sure he will eventually have plenty of positives to take after his "dream" of winning The Open fell flat on a difficult final day at Royal Portrush.

Fleetwood could only muster a three-over 74 and finished six shots behind runaway winner Shane Lowry amid wet and windy conditions in Northern Ireland.

It marks the second time Fleetwood has finished runner-up in a major, having done so at Shinnecock in last year's U.S. Open, but he concedes falling short in The Open stings more.

"Shinnecock - I felt great that week. Shinnecock has a little piece of history, I shot 63 and it felt great. It was never my tournament," Fleetwood told reporters. "Today I was much more in the mix. I've had a really good feeling all weekend.

"The other part of it is, and I'm not putting down the U.S. Open, but if I could pick one event [to win] it would be The Open. It's my dream, and it always will be. And you're teeing off in the last group on Sunday with a very, very good chance.

"So it feels a lot rougher finishing when you feel like you've come so close to what you've dreamt as a kid. So that one just feels different."

Fleetwood's best finish in a 2019 major prior to Portrush was a tie for 36th at the Masters and having found form he remains confident of making a breakthrough in the biggest tournaments.

"I think I played a lot of very, very good golf this week. I think for me personally it was nice to play more like I feel like how I should play again," Fleetwood added.

"And of course it's my second runner-up in a major, which is great and I'm trending in the right way. I just hope my time will come eventually."