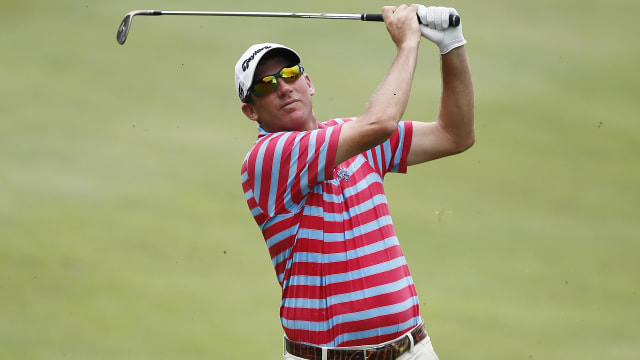 Jim Herman claimed his first PGA Tour win in more than three years with a one-stroke victory at the Barbasol Championship.

The American carded a two-under 70 in the final round at Keene Trace Golf Club in Nicholasville in Kentucky, finishing at 26 under.

Herman's win was his second on the PGA Tour and first since the 2016 Houston Open.

All love @BarbasolChamp. @GoHermie celebrates his second TOUR win with his wife and kids. #LiveUnderParpic.twitter.com/GVJg5F6NIC