Zidane: Bale staying 'not a problem' for Real Madrid 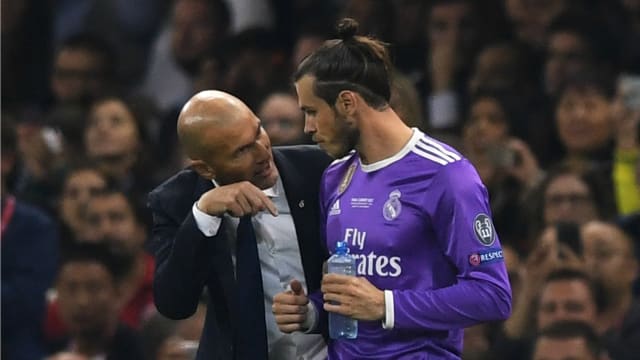 Reports of Madrid wanting to sell Wales winger Bale have been amplified since Zidane's return as head coach in March.

The pair are said to share an uneasy relationship, a view given legitimacy when the player's agent, Jonathan Barnett, publicly questioned whether Zidane wished to keep the four-time Champions League winner.

But with three seasons left to run on his contract, and a wage unlikely to be matched elsewhere, Bale appears destined to remain in the Spanish capital for a seventh season.

"Him staying is not a problem," Zidane said ahead of the International Champions Cup clash against Bayern Munich.

"I can't say that the player is a problem. He has a contract, he is here and what I can say is that anything could happen.

"I have to respect all the players, he is with us and he is a Real Madrid player.

"We will see what will happen. His role has not changed compared to in June."

Bale is part of the squad that has travelled to the United States for the start of pre-season, along with new signings Eden Hazard, Luka Jovic and Ferland Mendy.

There may yet be more arrivals before the real campaign begins with Madrid believed to be closely monitoring wantaway Manchester United midfielder Paul Pogba.

"What I'm looking forward to is tomorrow's match and working bit by bit.

"We have time for the rest and we'll see what will happen."