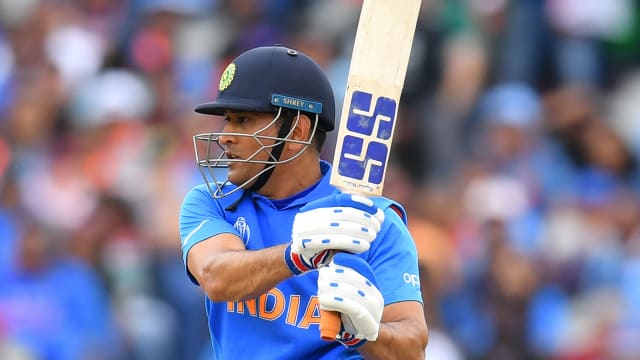 MS Dhoni will not be involved when India face West Indies on their tour of the Caribbean as he will instead serve time with his army regiment.

There were suggestions the former India captain - who called time on his Test career in 2014 - would be retiring from ODIs following the Cricket World Cup.

But while those reports have proven premature, Dhoni will be taking a break from the sport for the next two months.

The 38-year-old is an honorary lieutenant colonel in India's Territorial Army, and will now spend the majority of his time away from cricket with his regiment.

"MS Dhoni is not retiring from cricket right now," a senior official from the Board of Control for Cricket in India told PTI.

"He has made himself unavailable for the tour of the West Indies as he will be spending two months with his paramilitary regiment."

India's squad will be confirmed on July 21, with the tour to begin on August 3.