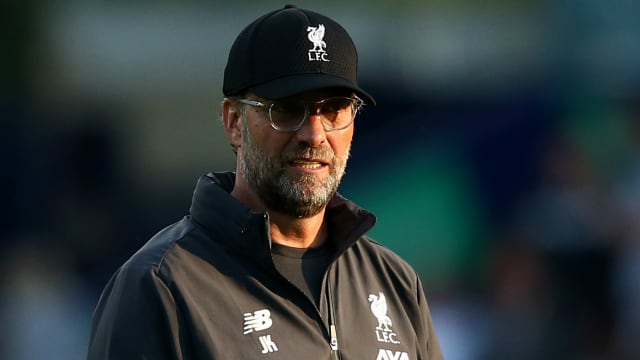 Jurgen Klopp opted to take the positives out of Liverpool's first pre-season match in the United States after the Reds fell to a 3-2 defeat to Borussia Dortmund in Indiana.

Youngsters Harry Wilson and Rhian Brewster scored for the Reds, but Paco Alcacer, Thomas Delaney and Jacob Bruun Larsen were all on target for Dortmund as they recorded a win against the club led by their former boss.

Internationals such as Trent Alexander-Arnold, Jordan Henderson and Virgil van Dijk were given their first minutes of pre-season in the second half and Klopp believed fresher players were the difference in the heat.

"It was tough for both teams with the circumstances – wow, it was warm," he said.

"When we had to come out for 15 minutes with the line-up from the first half and Dortmund changed and brought on fresh legs, that was the decider I would say.

"There was a lot of good moments of football and you can see they are a step further in pre-season than we are."

The German added that the playing minutes were structured for good reason, despite the early part of the second half being the decisive period of the game.

"It was an important session for us all. Sixty minutes for one team was maybe a bit too much, but they had to go through this," Klopp said.

"Thirty minutes for the other team was exactly right. That's the situation we face at the moment, that's early pre-season, we have to do it like this and use it as the main sessions.

"How we conceded the goals was due to lack of organisation around the situations. When you change a lot in the team, then it's quite difficult to have the perfect organisation. This will be better later in pre-season.

"I still don't like what I see in the game very often in pre-season, but I know the reason for it."