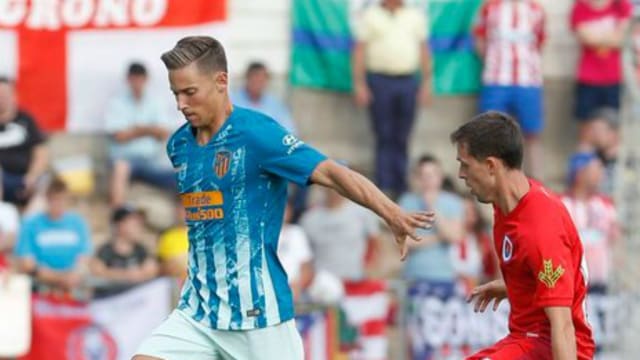 Atletico Madrid won 3-0 at Numancia in their first game since Antoine Griezmann's controversial move to Barcelona, but the striker's replacement Joao Felix was substituted due to injury.

But, after taking an early blow on his right hip, the €126million signing limped off the pitch in the 26th minute and went straight down the tunnel.

Having made wholesale changes at the break, including sending on another new defender, Felipe, Atletico took the lead in the 69th minute.

Substitute Rodrigo Riquelme delivered a deep cross from the right wing that Vitolo tried to meet with a diving header, the ball appearing to bounce in off his left arm.

Ivan Saponjic, who like the club's record signing Joao Felix has joined from Benfica ahead of the 2019-20 season, then made it 2-0 to the visitors.

Atletico had finally found their rhythm and they scored a third goal with six minutes to go, Felipe celebrating another debut goal for the Rojiblancos with impressive acrobatics.