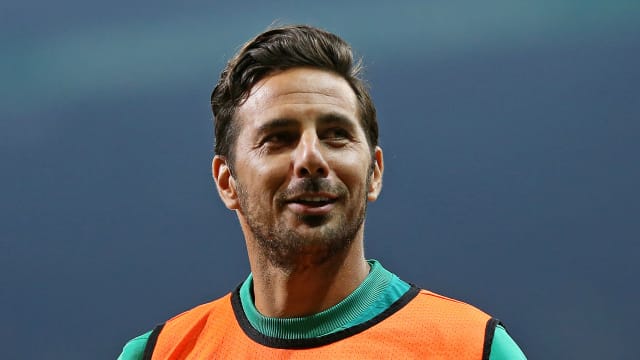 Claudio Pizarro has confirmed the forthcoming season, his 20th in the Bundesliga, will be his last before retirement.

The 40-year-old is set to call time on a career that began in his native Peru in 1996 and which has seen him make a lasting mark on German football.

Now in his fourth stint with Werder Bremen, Pizarro became the oldest goalscorer in Bundesliga history when he found the net with a free-kick against Hertha Berlin in February.

Six league titles won across two separate spells at Bayern Munich add further lustre to a resume that includes a season in the Premier League with Chelsea.

"This is my last year, for sure," Pizarro told reporters on Friday, as quoted by the Weser Kurier newspaper.

"I have discussed it with everyone. I feel fine, but it's enough. The big difference to previous years is the recovery.

"It's not like it was five years ago, my body needs more time for regeneration now."

@pizarrinha on the Werder fans:

"I'm proud that they call me a legend. I thank them for that. I try to do my job and to help the team as much as I can."#werderpic.twitter.com/g4hPPYrcr4

Pizarro made 26 league appearances on his return to Werder last term - 23 of them as a substitute - and contributed five goals.

The attacker hopes to sign off by helping the club to continental qualification.

"The general goal is to get into Europe. I would be happy with that. It's possible," he said.