Triple H honours England's World Cup winners with WWE title belt - but who gets to keep it? 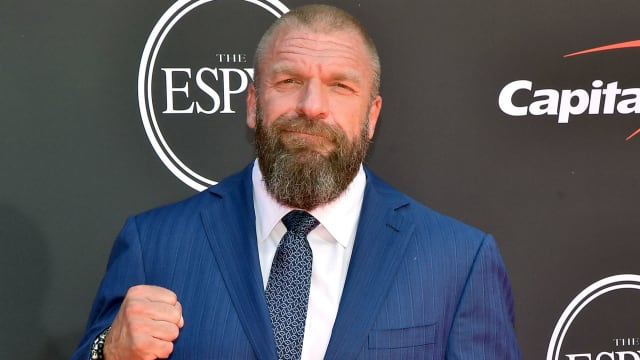 England's triumphant squad have received plenty of praise since lifting the Cricket World Cup - and now they have been honoured with a one-of-a-kind championship belt from an unlikely fan.

As a 14-time champion, WWE superstar Triple H knows a thing or two about winning in big situations. And the man with a finishing move called the 'Pedigree' was certainly impressed with the standards shown by Eoin Morgan's side against New Zealand on Sunday, when the tournament hosts prevailed following a dramatic Super Over at the home of cricket.

The wrestler, whose real name is Paul Levesque, tweeted out a message of congratulations to the new ODI champions, along with a picture of a customised world heavyweight championship belt made to mark their success.

"An incredible tournament, an awe-inspiring final, and a team of worthy champions. Congratulations to England Cricket for winning the ICC Men's Cricket World Cup 2019! This custom WWE Championship is YOURS!" Triple H wrote.

The unique strap includes the words "World Cup champions", with the England and Wales Cricket Board's official logo appearing twice, placed either side of the central WWE badge.

An incredible tournament, an awe-inspiring final, and a team of worthy champions. Congratulations to @EnglandCricket for winning the ICC Men’s @CricketWorldCup 2019! This custom @WWE Championship is YOURS! @WWEUKpic.twitter.com/hSesoSIwcc

However, the generous gift to mark England's achievement does create a problem - who gets to keep it?

Jos Buttler, who was in partnership with Ben Stokes in the middle during England's Super Over, had an on-topic suggestion to decide the owner, tweeting: "Royal rumble lads last man standing keeps the belt?"

If Buttler's idea comes to fruition, Morgan and his team-mates would have to forget about boundary ropes and focus on the top rope instead. Perhaps Triple H could make an appearance during the upcoming Ashes series against Australia to crown England's new wrestling champion, too.

The Game at a game of cricket? We can only hope...