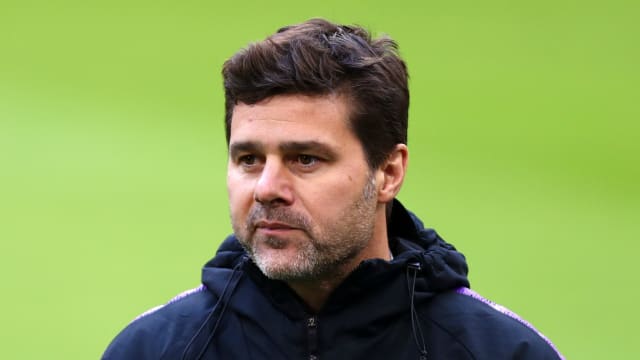 Mauricio Pochettino has admitted he would have strongly considered leaving Tottenham had they won last season's Champions League final.

Spurs lost 2-0 to Liverpool in Madrid in June, ending the club's bid for a first European Cup.

Tottenham defied expectations by reaching the final but manager Pochettino hinted at the time that returning with the trophy could make for a fitting swansong.

The Argentine has formerly been linked with Manchester United, Real Madrid and Juventus.

"Of course, maybe with a different result after the final you can think 'okay, maybe it's a moment to step out of the club and give the club the possibility of a really new chapter with a new coaching staff.'

"But I think after the final it was not really great to finish like this. I am not a person to avoid problems or difficult situations.

"I am more on the side of loving a big challenge, a difficult challenge, to rebuild that mentality so it's possible to have a similar season. That excites and motivates me a lot."

Tottenham return to action for the first time since the Champions League final when they face Maurizio Sarri's Juve in a pre-season friendly in Singapore on Sunday.

They will do so with one new arrival, club-record signing Tanguy Ndombele, available, while Christian Eriksen is an outside chance to feature as he recovers from a "small procedure".

Doubts exist over the Denmark international's future but Pochettino will not be lobbying club owner Daniel Levy for reinforcements.

"I told Daniel during the flight from London that I will be happy with the squad that you are going to provide me to work with," he said.

"I'm always happy. That is my nature. I'm a happy man, working with 25 players, and we are going to have 25 players to work with."